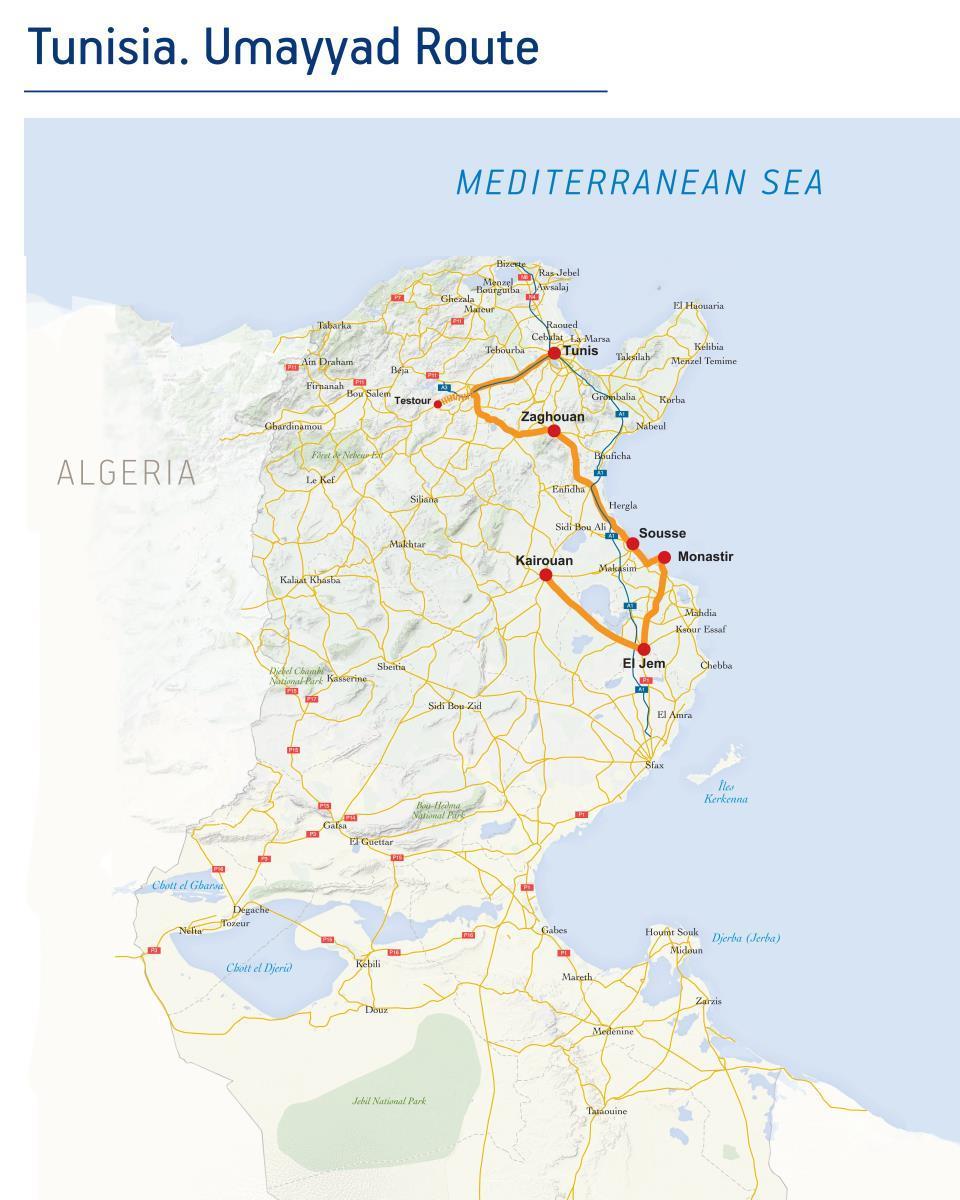 Located on the Mediterranean, with almost 1,300 kilometres of coastline, the Tunisian lands have served as a bridge between east and west, between sub-Saharan Africa and Europe, throughout their long history. The land also has roots in the Sahara, whose desert covers almost 40% of the country’s surface area. Between both worlds, fertile plains like those of the Medjerda mix with areas of salt lakes, the vast palm groves like those in Gabes and a vast catalogue of historical cities.

Inhabited since pre-historic times, Tunisia was home to several Phoenician colonies like Carthage. In the end, the Carthaginians supplanted their Phoenician backers and founded cities like Kerkouane. They struggled for power with the Romans, who built new cities that supplied the empire with wheat, wine and the renowned olive oil.

ROUTE OF THE UMAYYADS IN TUNISIA

Islam reached these lands in the mid-7th century. To consolidate their power, the Muslims founded the city of Kairouan, the cultural and religious center for all the Maghreb. From that time on, Tunisia witnessed the rise and fall of numerous dynasties: the Aghlabids, Fatimids, Zirids, Almohads, Hafsids, Turks, and Ottomans...

Great archaeological ruins can still be found in Carthage. Gems from the Punic civilisation include the remains of the city of Kerkouane, while the Romans left El Jem and Dougga. Kairouan, Tunis, Sousse, Monastir and Mahdia remain from the Islamic era. Many cities such as Zaghouan, Testour and the region of Cap Bon preserve traces of the 17th-century Andalusi Moriscos.