Cairo today is the fruit of the juxtaposition of different towns, settlements and villages that have succeeded one another or merged over the course of many centuries. Any search for the original roots of Cairo takes us outside the city to the south along the West bank, initially following an old irrigation channel. About 15 km further on, the paradise-like landscape of the Nile Valley takes over. It is flat, intensely green and dotted with date palms and adobe houses. In the midst of these high grasses lies the colossal statue of Ramses, practically the only relic remaining in situ of Memphis, the first capital of the Pharaohs founded by Narmer in the year 3100 BC, which flourished for six centuries. This splendour can still be appreciated today at nearby Saqqara, where the stepped pyramids of the necropolis stand alone in a desert plateau far away from the hustle and bustle of tourism.

Matariyya, a Delta village gobbled up by the city is the site of the ancient city of Heliopolis, dedicated to the Sun King Ra or Oun when Memphis went into decline around 2500 BC. Of this city governed by priests, the first great centre of scientific teaching in history, all that remains amidst ugly bare-brick buildings is an obelisk erected by Sesostris I.

The Fortress of Babylon (not to be confused with its namesake in Mesopotamia) was founded on a promontory overlooking the Nile and an ancient canal that connected it with the Red Sea at the end of the dynastic period. It was later reconstructed by the Romans as a strategic stronghold from which they could control their Egyptian grain store. Of this fortress and of the city that surrounded it, various towers and sections of wall survive. Today it is the neighbourhood and sanctuary of the Copts.

In the year 641 AD general Amr Ibn al-As founded a camp-city, which he called Fustat, another ancestor of Cairo, which became an important trading port on the Nile. This marks the beginning of Cairo's Islamic history. From this the Umayyad period, we have the Amr Mosque, the oldest in Africa, whose current appearance bears no relation to the original, due to substantial restoration and reconstruction work over the centuries. The only remains of the original settlement are hidden in the adjacent highly overpopulated district of Istabl ‘Antar, where excavations have uncovered the foundations of houses, passageways and the remains of sophisticated storage and drainage systems, the only survivors of the Fustat of the Umayyads.

Slightly further north, their successors, the Abbasids, founded the city of al-Askar. The Nilometer, the oldest Islamic monument in Cairo situated at the southern tip of Rawda Island dates from this period. Under its beautiful conical dome, they calculated the water level in the river during the flood season.

Another dynasty, the Tulunids, rebelled against the Abbasids and proclaimed their independence in 872 AD, founding a new palace city slightly to the north of al-Askar, which they called al-Qata’i, with extravagant palaces with harems, gardens, a hippodrome, menagerie... All of this was razed to the ground when the Abbasids reconquered the area three decades later. From this period we have the Ibn Tulun Mosque, a masterpiece of Islamic art, an inscrutable fortress of red brick and stucco, a temple of serenity watched over by the spiral shaped minaret inspired by those at Samarra in Iraq.

To the east is the tall hill on which the al-Qal’aa or Citadel shimmers in the sun. This fortress founded in 1176 AD by Saladin was the residence of the Mameluke Sultans and of the Ottoman Viceroys. The Mosque of Muhammad Ali (19th-century), whose domes and arrow-like minarets dominate the Cairo skyline, was built on an esplanade with fantastic views.

The majestic gate of Bab Zuweila takes us into another historic settlement: al-Qahira, the victorious, whose name was extended to the whole city. Al-Qahira was created by the Fatimids, a Shi'ite dynasty who governed Islam for two centuries (969-1171). Initially it was a large, exclusive Palace complex which was later turned into a huge retail centre by the popular Saladin. The ancient Qasaba Street which crosses it from South to North is a succession of souks.

At the end of the 19th century, a new colonial city was built towards the East on swampy land near the River Nile to house the great hotels, the Opera house where Aida was first performed, cafes, synagogues, churches, palaces and elegant buildings in Italian-style, modernist and art nouveau architecture. 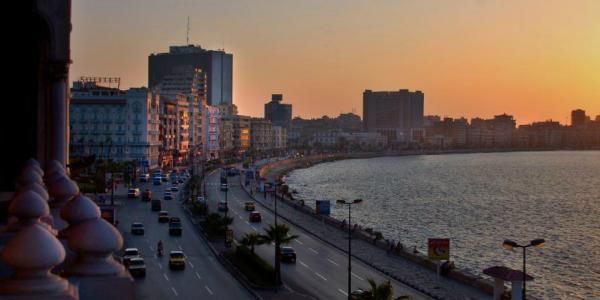 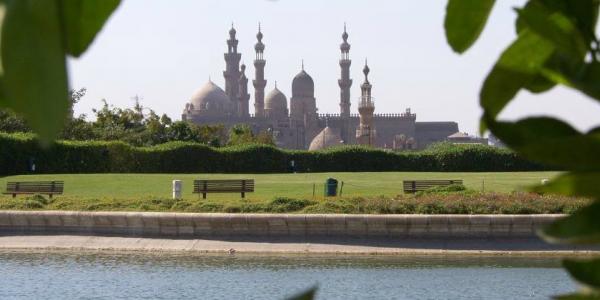